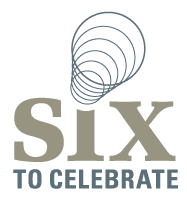 Since 2011, Six to Celebrate has been helping to shape preservation activities in New York City. It has helped create 13 New York City Historic Districts and 50 Individual Landmarks, five districts on the National Register, three individual National Register properties and 19 neighborhood surveys encompassing thousands of buildings. It has also leveraged over $130,000 in private and public grants for these community-driven projects. Says Simeon Bankoff, HDC’s Executive Director: “It’s thrilling to help local communities throughout the city achieve real progress and lasting success.”

Applications for Six to Celebrate were submitted by neighborhood groups around the city, and the six were chosen on the basis of architectural and historic merit, the presence and level of threats to the area, the strength and willingness of local advocates, and an assessment of where HDC’s citywide preservation perspective and assistance could be the most meaningful. Throughout 2020, HDC will work with these neighborhood partners to set and reach preservation goals through strategic planning, advocacy, outreach, programs, and building public awareness.

Founded in 1970 as a coalition of community groups from the city’s designated historic districts, HDC has grown to become one of the foremost citywide voices for historic preservation. Serving a network of over 500 neighborhood-based community groups in all five boroughs, HDC strives to protect, preserve and enhance New York City’s historic buildings and neighborhoods through ongoing advocacy, community development, and education programs.

Introducing the 2020 Six to Celebrate 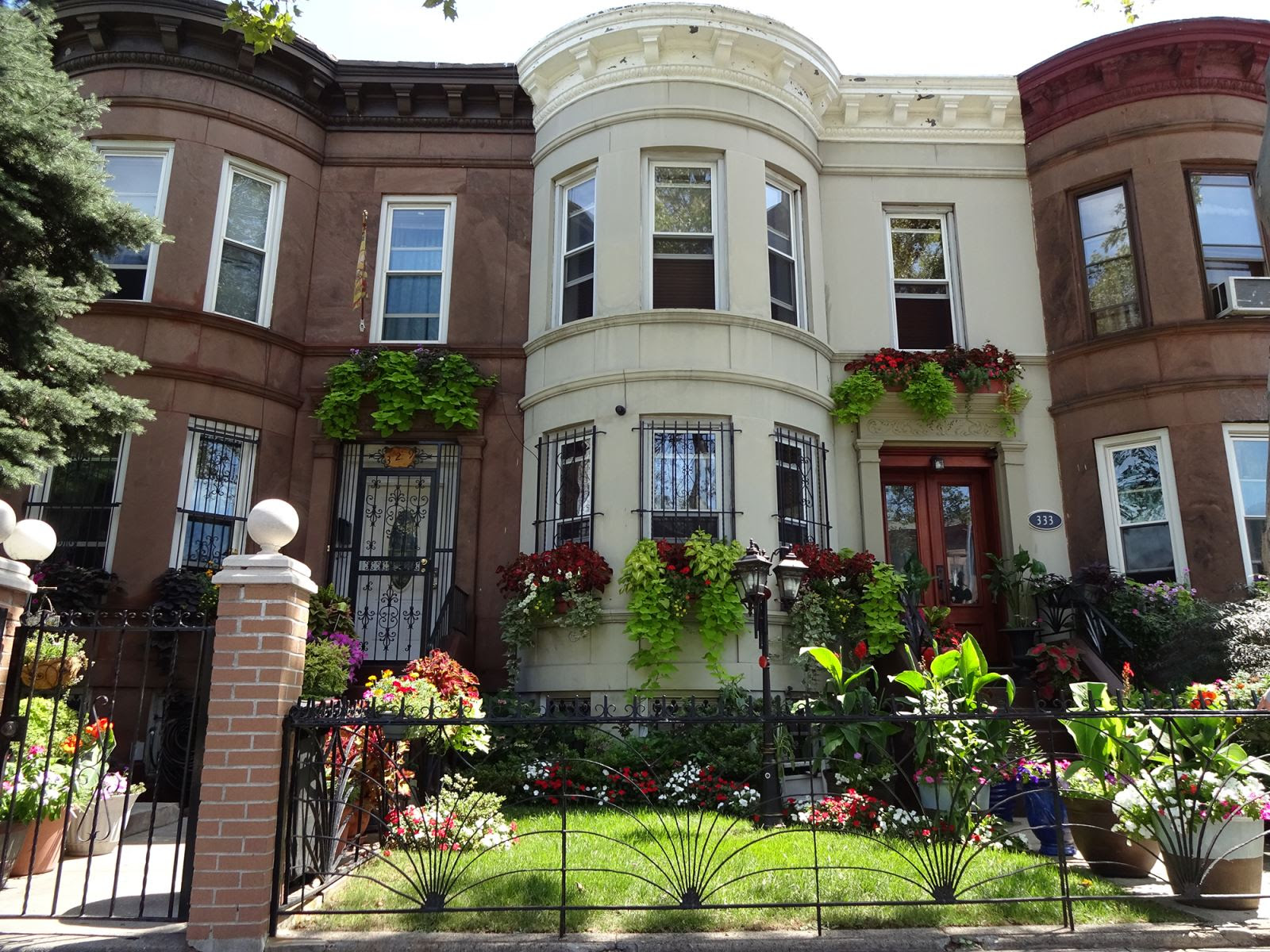 East Flatbush is not only rich in historic character but in nature as well! Sitting within its boundaries is the award-winning “Greenest Block in Brooklyn”, East 25th Street, a block that teems with greenery and community enthusiasm. From churches to Neo-Renaissance rowhouses, the 300 East 25th Street Block Association is working to celebrate and preserve the structures in their unique community and to oppose the threats of demolition and overdevelopment. This group is seeking official recognition and protection of the area by being designated a historic district.
For press inquiries please contact: Julia Charles [email protected]gmail.com
Center Slope, Brooklyn 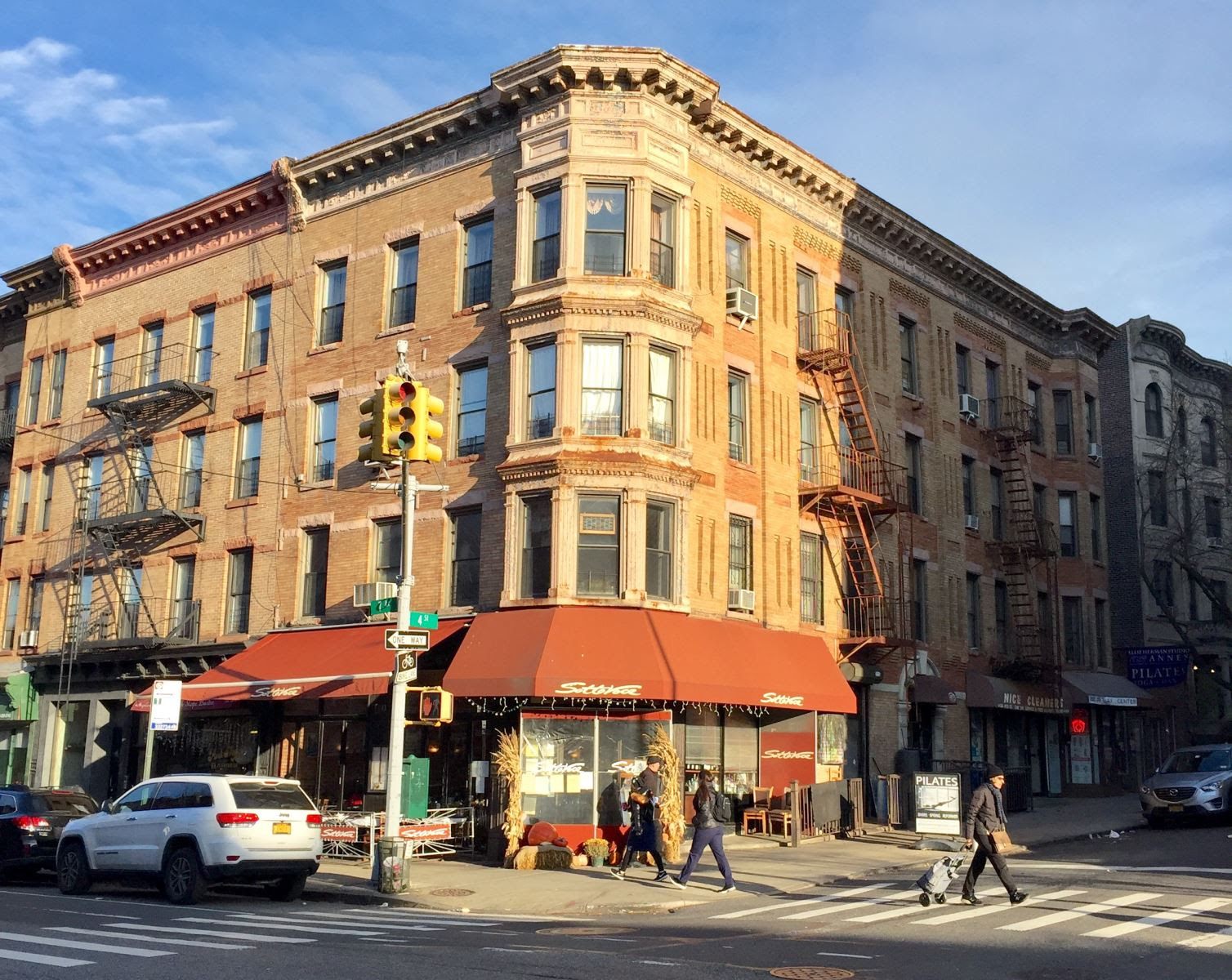 While Park Slope has received the protection of landmark designation in certain areas, the historic heart of the neighborhood remains at risk of new development and drastic alterations. A special committee  of the Park Slope Civic Council is working to expand the Park Slope Historic District and to ensure the preservation of the Center Slope, an area with spectacular brownstones and ties to the American Revolutionary War. From community outreach to survey endeavors, this group is aiming to work towards completing the quilt of landmark protections for the Park Slope neighborhood.
For press inquiries please contact: Peter Bray & David
Alquist [email protected]; [email protected]
Todt Hill-Dongan Hills, Staten Island 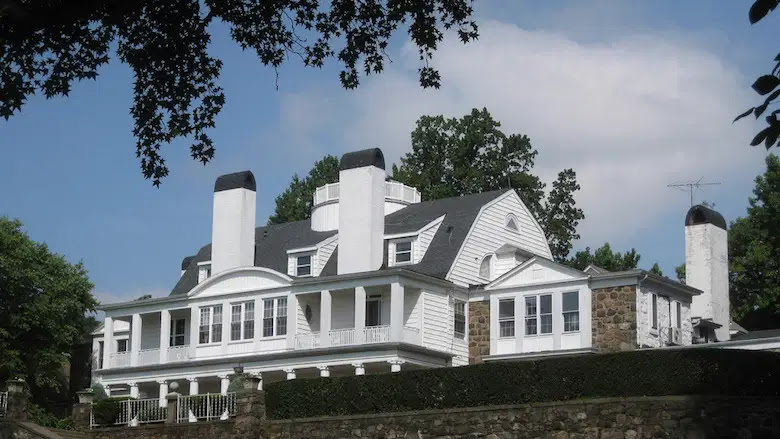 Todt Hill-Dongan Hills is an area filled with stately historic properties such as the Ernest Flagg Estate. This site consists of impressive fieldstone walls and archways, a gatehouse, and mansion that once belonged to one of New York City’s most prolific architects. Though already designated an Individual Landmark, the Iron Hills Civic Association is working to ensure that the currently for-sale estate falls in good hands and is safe from inappropriate development. This group is also concerned with the rapidly vanishing historic homes that sit atop the hills and is aiming to document and survey the historic grandeur of the neighborhood before it is too late.
For press inquiries please contact: Jean Prabhu [email protected] 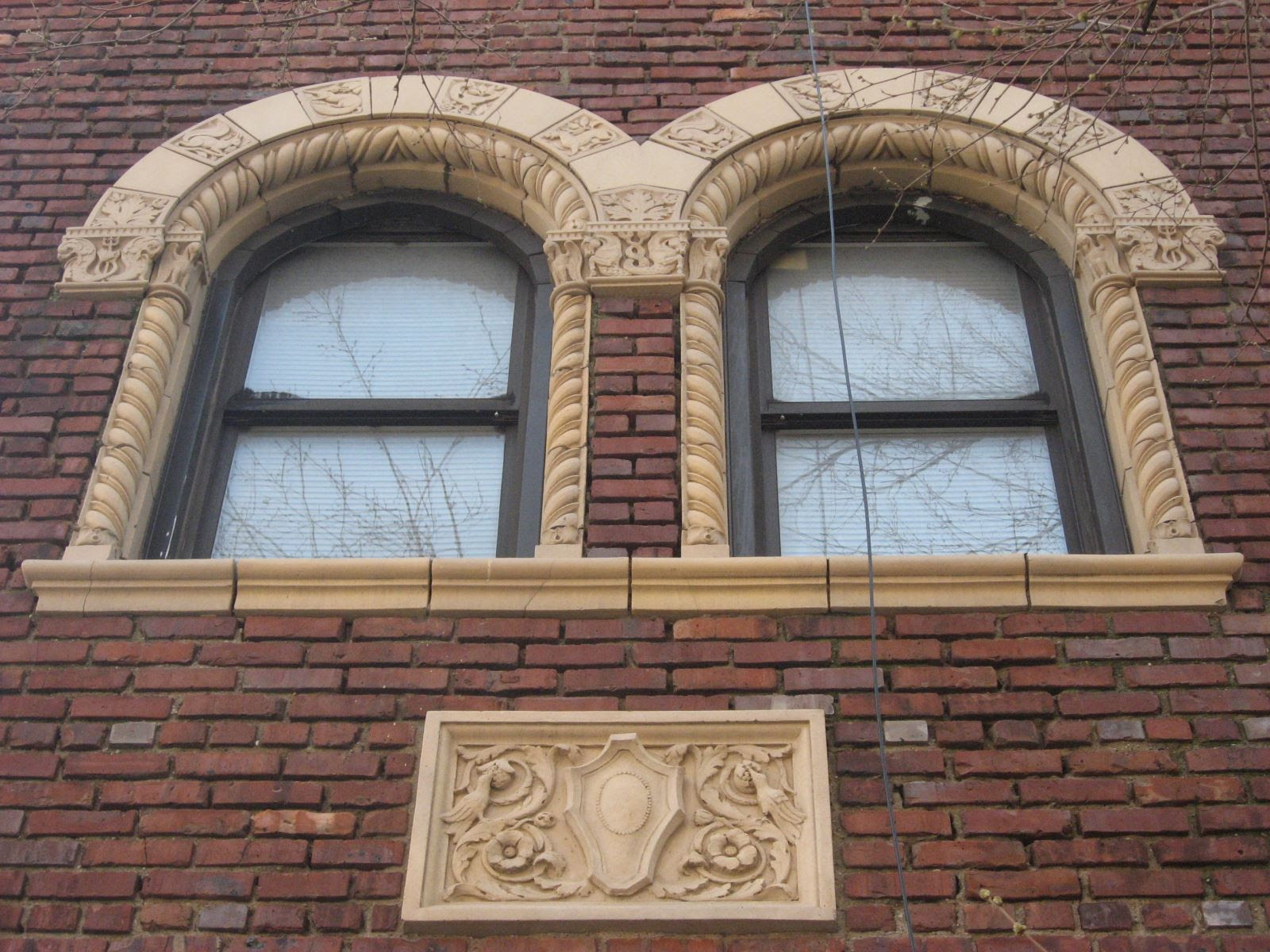 Named after the construction company that initially developed the neighborhood, Rego Park is an enclave of art deco architecture that dates back to 1925. As the neighborhood houses a great number of historic buildings, Michael Perlman of the Rego-Forest Preservation Council is working to preserve the area’s rich history through conducting research and interviews, as well as mapping out potential historic districts. As the area is considerably underserved by preservation protections, this group is campaigning to gain landmark designations for a number of sites.
For press inquiries please contact: Michael Perlman [email protected]hotmail.com
Landmarks of the Future, Citywide 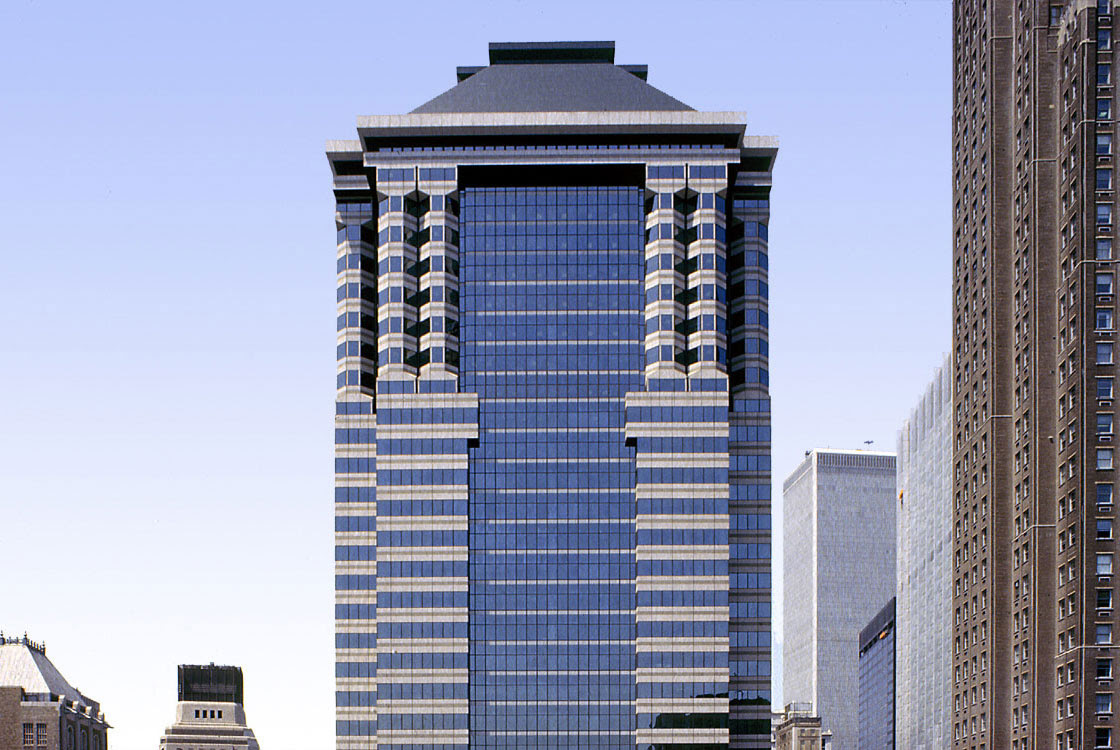 With recent landmark designations of Philip Johnson’s AT&T Building (1978), the Citicorp Center (1973-1978), the interior of the UN Plaza’s Ambassador Grill and Lounge (1969-83) and six sites with ties to the LGBTQ community of the 1960’s and 1970’s, the time to assess preserving our recent past has firmly arrived. The Historic Districts Council will work in partnership with Docomomo US and Queens Modern to highlight architecturally and culturally significant buildings of the last 50 years that are unprotected and unrecognized. Beginning with the 1970’s, the decade of HDC’s formation, the partnership seeks to raise public awareness of a time of great change and adversity characterized by a remarkable variety of architectural forms, technical advances and urbanistic ideas. This is the city we’re sending into the future; let’s start talking about the ALL the parts we should keep.
For press inquiries please contact: Liz Waytkus [email protected]
Historic Buildings of The Bronx 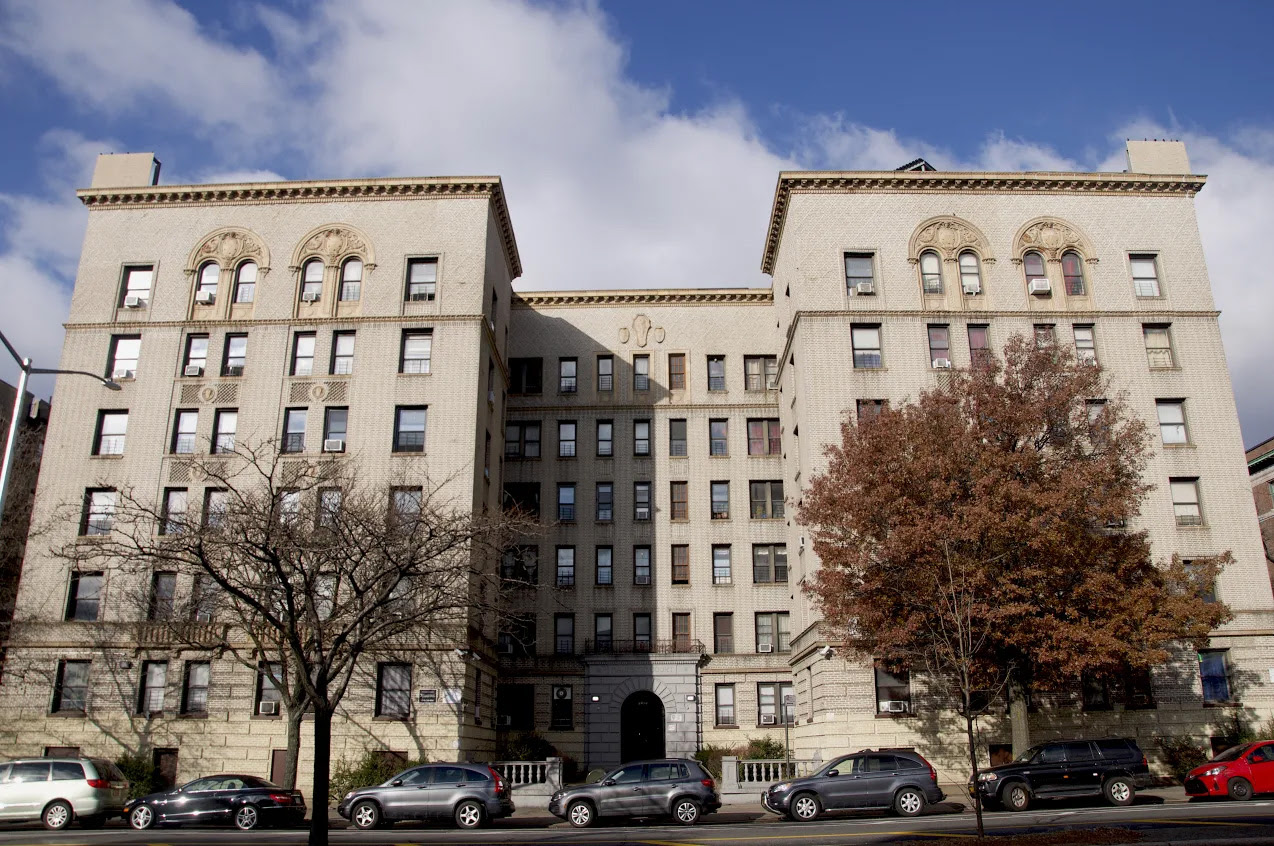 Filled with green space, picturesque churches and remarkable historic streetscapes, The Bronx has long been one of New York City’s hidden treasures. In the face of the massive development pressure sweeping across the city, the Historic Districts Council has gathered residents and activists from across The Bronx to create a coalition focused on promoting and preserving historic buildings and neighborhoods throughout the borough. Together, we will be able to better mobilize against inappropriate development and work to protect what makes The Bronx unique.
For press inquiries please contact: Samuel Brooks [email protected]