The main building (left) was designated, but the Mercy building (right) was carved out of the landmark boundary.

The 12th Avenue buildings of the Angel Guardian Home were designated this week, while the equally exquisite Mercy Building on 63rd Street was left out of the landmark site. The developer has publicly stated that this building will soon be demolished, and adaptive reuse is not on the table, which is unfortunate.

HDC thanks the Landmarks Preservation Commission for all of their hard work in navigating a difficult transaction and brokering a deal with the new owner(s) to preserve the buildings on 12th Avenue, but HDC does not waver from our position that the ill-fated Mercy Building is as architecturally significant and shares an identical history with the “main” buildings that were protected. This view was also shared by several Commissioners during the public meeting on Tuesday, November 10, 2020.

Commissioner Bland explained that he made a special site visit and was “…surprised by the beauty of the Mercy Building and the fact that [he] thought it could be adaptively reused.”

Commissioner Gustafsson also visited the site and remarked, “…to the layman and to myself included, [the Mercy Building] seemed worthy, so maybe we need to actually say that on the record.”

Commissioner Goldblum touched on the heart of the proposal, which is the loss of the campus. He said that while it was “great” that the LPC was working with the developer to create guidelines to mitigate the impact of new construction on the landmarked building, those guidelines are “second place to preserving [the Mercy Building]…and preserving that sense of campus that was there, and as we heard in the testimony very much a part of how the residents and people who came through the Home experienced it.”

We certainly agreed with Commissioner Goldblum’s assessment that we are accepting “half the loaf,” as he put it. The Angel Guardian Home was a campus; a whole of several parts. This campus lost nearly all of its structures and landscape features prior to the LPC acting to designate, all of which were razed by the developer.

The significance of campuses was recently discussed regarding another 19th century Brooklyn Institution: the former Home for the Aged (now Hebron) in Crown Heights North. Similarly, a developer wishes to build on this site, but unlike the Angel Guardian location, the LPC designated the entire campus. Further, the issue of building on LPC-protected historically open space was raised during a public hearing for a C of A in 2018 to construct a subdivision on the grounds of the Ernest Flagg Estate in Staten Island.

Both the Hebron and Flagg Estate projects are yet to secure LPC approval, and we hope that the loss of the Angel Guardian campus will resonate in Commissioners’ minds when making decisions impacting landmarked campuses’ futures.

Map of the landmark site–only the main building is within the boundary. 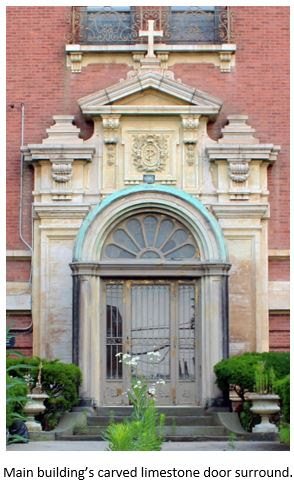 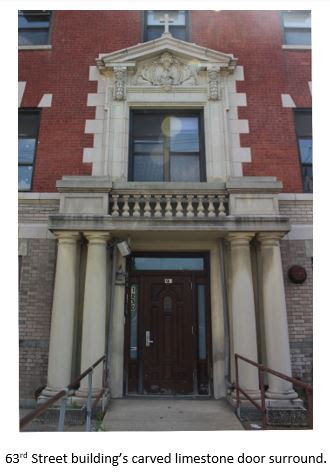 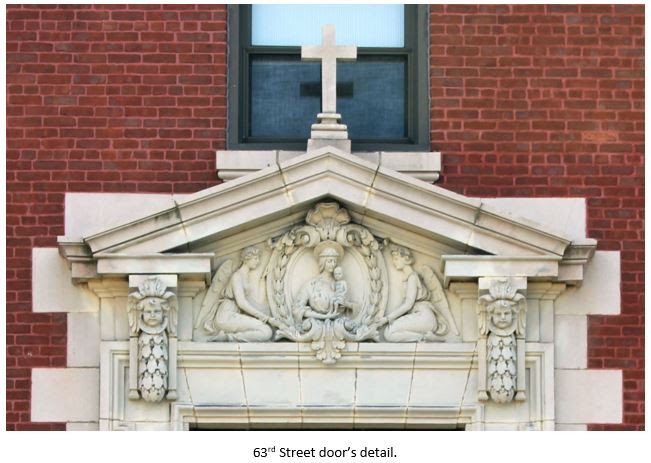 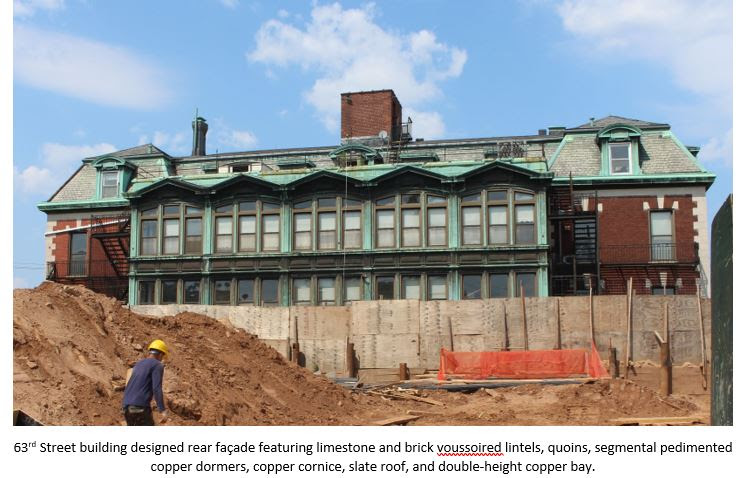