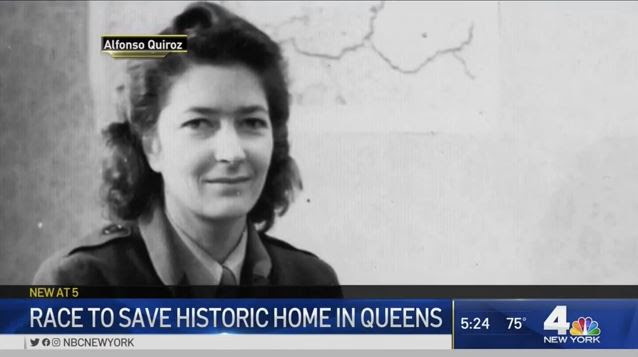 Above: Walentyna (née Stocker) Janta-Połczyński. Our campaign to preserve her former home in Elmhurst, Queens was recently featured on NBC New York and NY1.

The Historic Districts Council and the Elmhurst History and Cemeteries Preservation Society need your help to save an important cultural landmark in Elmhurst, Queens. The home of Walentyna (née Stocker) and her husband, Aleksander Janta-Połczyński (88-28 43rd Avenue) is threatened with demolition by a developer. This vernacular house was the longtime home of a humanitarian heroine of international stature and for decades served as a gathering place for the leaders of the Polish émigré in America.

During World War II, Walentyna (pronounced “Valentina” in English) was the primary secretary and translator for the Prime Minister of the Polish Government-in-Exile. Walentyna translated reports from the Polish Underground State into English which first revealed Nazi atrocities–including the existence of concentration camps in German-occupied Poland–to the United Nations. Walentyna’s translations revealed the humanitarian crisis occuring in Europe to the Allies, putting her at the center of Polish intelligence during the War. 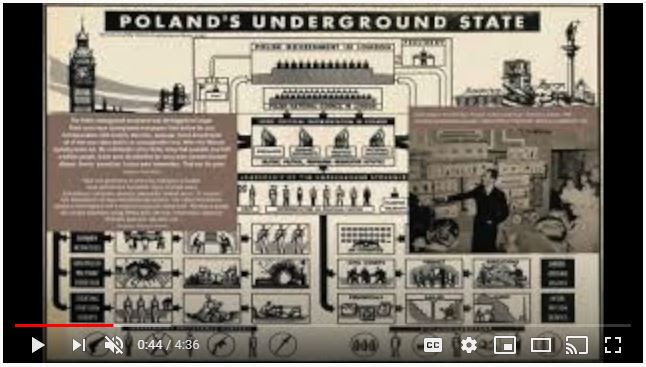 Walentyna also kept the Polish resistance alive from abroad, organizing and broadcasting Dawn, a secret radio station to Poland. Her service didn’t end after the War–she joined the Women’s Auxiliary Service in the rank of Second Lieutenant in the Polish Army. In this role, she worked with concentration camp survivors and prisoners-of-war, and was present at the Nuremberg Trials. She was recognized in 2011 with the Medal of Merit for Polish Culture by Poland’s Ministry of Culture and National Heritage and received the Jan Karski Eagle Award in 2016. Her life will be honored with a state funeral in Poland in 2021. Our coalition of local activists seeks to honor her life by securing landmark status of her chosen and adopted home of Elmhurst, Queens. Walentyna’s husband Aleksander was a Polish author and reporter. He was living in Paris when Germany invaded Poland, and promptly joined the Polish Army there. When the Nazis captured France, Aleksander concealed his Polish identity and played the role of a Frenchman, as it was known among soldiers that Nazi treatment of Polish partisans was especially brutal. He passed as a French prisoner-of-war and was kept as a slave by a German family until his escape to England in 1942.

While Walentyna and Aleksander were in France and later England during the same time, they didn’t meet until they each moved to Buffalo, New York after the War. They married only five months after meeting, and left Buffalo for New York City in 1955. They made their home in Elmhurst by 1960, and their house was known as the nucleus of the Polish émigré elite in the United States. Walentyna remained here until her death at 107 years old this past April, 2020.

The house’s value as a physical touchstone to Walentyna’s service and story is irreplaceable. It should be designated as an Individual Landmark for its cultural significance to our City, nation and our world. Please join our growing coalition of voices, Councilmember Daniel Dromm, the Polish American Congress, and the Polish Falcons of America in our call to save this home from demolition so that this history will not soon be extinguished.