Linkedin
LPC-22-08431
229 West 71st Street – West End – Collegiate Historic District Extension
CERTIFICATE OF APPROPRIATENESS
A rowhouse built in 1884 and altered in 1946-1948 with a new facade attributed to Irving Kudroff. Application is to substantially demolish the existing building and construct a new building.
Architect: Sdgi
HDC believes that a new building can be appropriate in this location but we are not convinced by this proposal. In particular, we believe the balconies in their current form to be inappropriate. The building’s base and cornice detailing are awkward and in need of further study and detailing. This façade needs to be either much less busy or much more modern to occupy this space. We ask, therefore, that the commission require the applicant to explore other options for this façade. 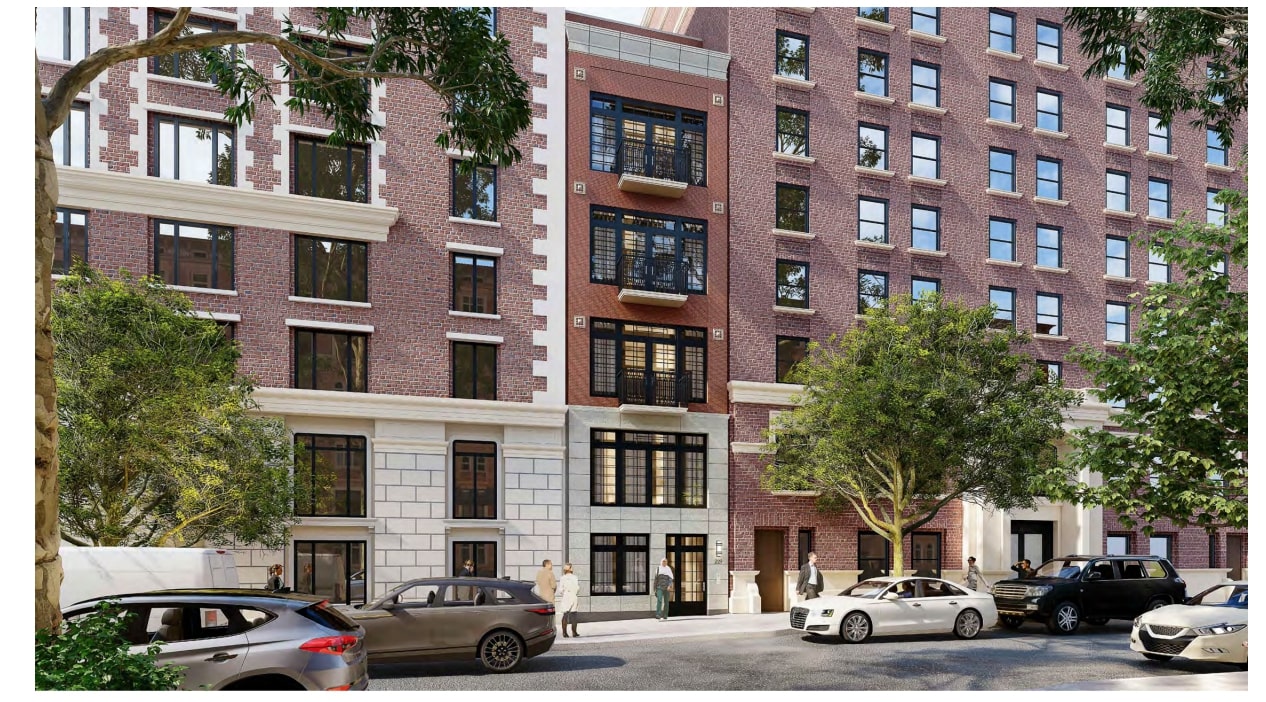 LPC-22-11047
4881 Broadway – Dyckman House – Individual Landmark
BINDING REPORT
A Dutch Colonial style farmhouse built c. 1785. Application is to construct an addition and provide barrier-free access to the house and the site.
HDC finds the proposed addition to be inappropriate. Attempting to recreate a larger version of some formerly extant side structure will only take away from the original building and the story of its evolution. If the museum is in need of extra space and facilities for a caretaker and other functions, we believe it would be best achieved by building a fully separate and probably modern structure elsewhere on the site.

LPC-22-11104
65 Jumel Terrace – Morris-Jumel Mansion – Individual and Interior Landmark – Jumel Terrace Historic District
BINDING REPORT
A Georgian style mansion built in 1765, and remodeled in 1810 in the Napoleonic Empire style with Federal style details. Application is to provide barrier-free access to the building and replace rooftop railings.
HDC is generally in support of this proposal, but we find two items to be in need of further consideration and study. The ADA ramp would be less noticeable and blend more with its surroundings if it were executed in black painted steel similar to the guard rails currently located at the stair to the cellar that is directly adjacent to the proposed ramp location. We also find that changing the brick path on the east side of the house from straight to winding creates an awkward interface with the new ADA ramp. It appears to us that these to elements deserve further study and refinement.
While we generally feel that real wood is a superior material to composite wood, we may in this case be comfortable with this application given its distance above ground, however, we would ask LPC to verify with the applicant that the composite material is paintable and that the applicant be required to apply the paint to this roof railing system with a brush, so that it reads from afar as being painted wood, not some shiny plastic thing. 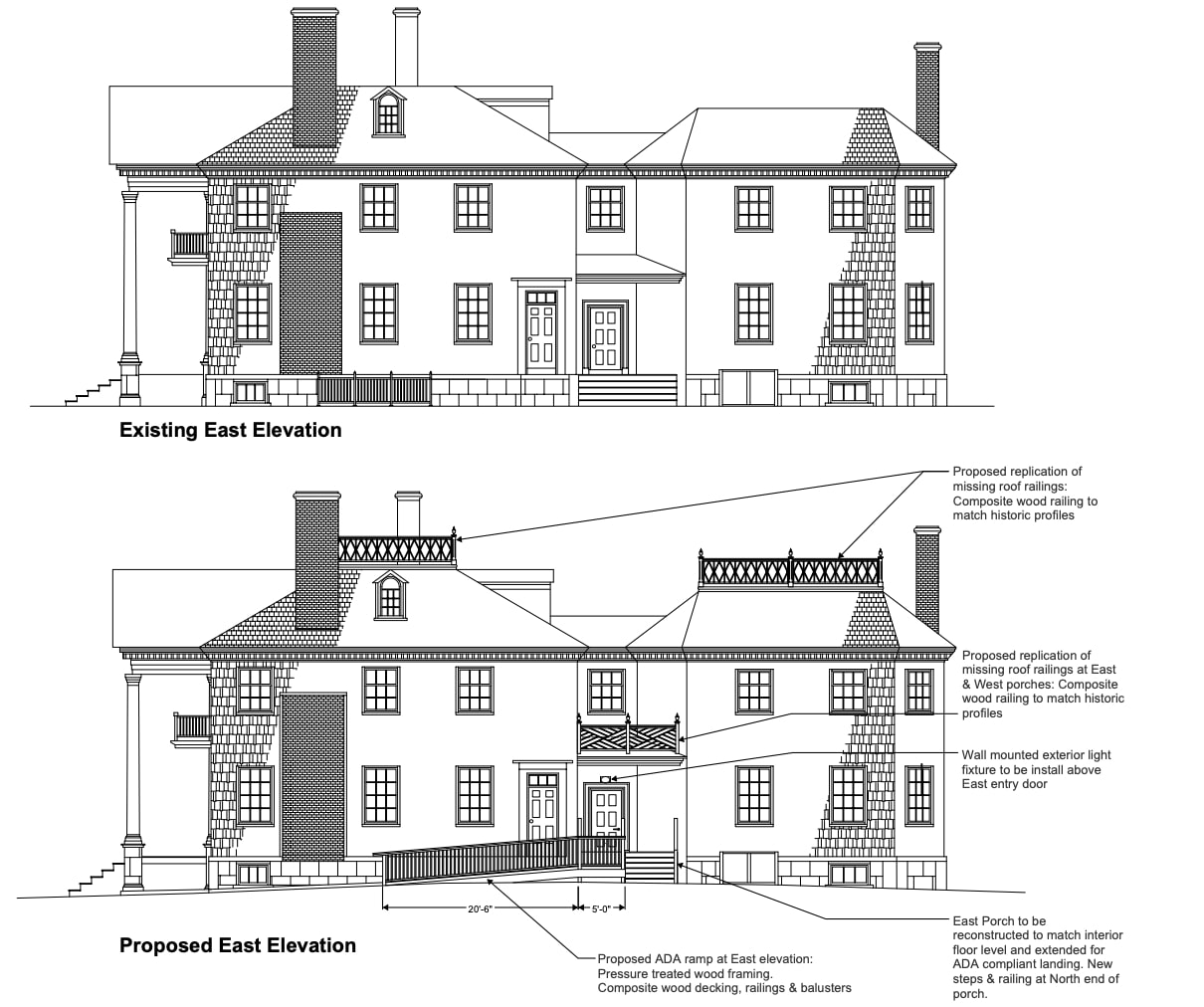