Neighborhood leaders from across the city told their preservation stories to HDC board member Susan Hopper. To read their stories and find out how HDC assisted them view below.

“Simeon Bankoff [HDC’s Executive Director], and HDC staff are providing help with the property owners list for the National Register work. Nadezhda Williams [HDC’s Director of Preservation and Research] was very supportive, coming forward with information about preservation. HDC wrote letters of recommendation for our grant applications, helped designed a walking tour of Gowanus, and created an illustrated neighborhood guide.”

“HDC has helped in an all round advisory capacity, what strategies to use, what directions top go in. Everything they told us has been effective. HDC has been very responsive in terms of returning calls or coming out to meetings, and very helpful in editing letters to have the correct wording, whether to the Landmarks Preservation Commission or elected officials.

“I don’t know what the City would be without HDC [they] testified before LPC time after time and helped us focus on the right issues.  We would not be an historic district without HDC! ”

“HDC has been most helpful in teaching us how to effectively maneuver through the bureaucracy, prepare letters in a manner that would best ensure the support of our elected officials, and how to strategically reach out to other organizations that could help us. They also told us whom to connect with at the LPC. ” 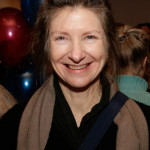 “HDC staff came to the first public meeting held at the Inwood Branch of the New York Public Library in April 2011, which helped rally neighbors and helped everyone understand historic districts….  As VIP [ Volunteers for Isham Park] became more familiar with local buildings, we saw how important the gift of Isham Park had been to the area’s built environment. Frampton Tolbert, HDC deputy director, Nadezhda Williams, HDC director of preservation and research, and Simeon Bankoff, executive director, all provided advice that was very helpful during Six to Celebrate and in the creation of the walking tour guide. We worked a lot with Nadezhda, who came to our meetings and was incredibly helpful with our plans and public events.”

“ Use HDC as a resource because they know what they are doing and can offer advice how to go about creating a district from every front, architectural, political, LPC, and the media. I had floundered prior to my involvement with this invaluable organization.”

“HDC provided guidance and shared information during that process—we knew which Council members were going one way or another and we changed a few minds.  I don’t think NoHo would have had as cohesive a district had it not been for HDC’s aid.”

“I remember Richard saying at a meeting, we have someone here from HDC, Nadezhda Williams, director of preservation and research, to help us. She said to us, ‘You are not the only ones going through this.’ HDC included us in an enormous community”

“HDC was instrumental in developing guidelines for our district.”

“We owe a great deal to HDC in helping us get there, especially Frampton. Simeon Bankoff, executive director, was also very helpful—he actually came to our public hearing”

“With their personal advice and their manual, Creating an Historic District, HDC gave us a roadmap, and then made sure we could follow it and not veer off the most effective route. The manual was our first primer, and we shared it right away with neighborhood activists, to let them know how much work would be involved and invite them to join in forming a preservation group. ”

“HDC was helpful with our first district. They came to meetings, gave us a tremendous amount of information, and were there to talk to us when we were not sure. In terms of the current efforts, HDC has also been extremely helpful.  When we had a meeting they sent Frampton Tolbert, deputy director.  They encouraged us and told us to send letters to the Landmarks Preservation Commission, distributed our letters of support, and wrote us up in their newsletter. ”

Posted Under: Voices from the Neighborhood